We are a dynamic, multidisciplinary team of seasoned public affairs and communications professionals and skilled networkers, all committed to serving our clients.

And as we continue adding new clients, while existing client needs keep mounting, we are constantly expanding our team, adding new experience and expertise. 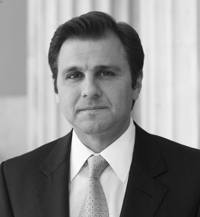 Ioannis A. Kofinis is the founder and Managing Partner of Rollerdeck Associates.

He has enjoyed an extensive career in public service. He was appointed Chairman of the Board of Directors and Chief Executive Officer of the Greek National Tourism Organization (GNTO) in 2009. Before that, he served as the Head of Cabinet of the Deputy Minister of Foreign Affairs (2004-2007) and was Special Advisor to the Hellenic Parliament from 2002 to 2004.

Ioannis has also established a strong presence in the think-tank community. He served as Chairman of the Board of Directors and Executive Director of the Hellenic Centre for European Studies (EKEM), the Greek Foreign Ministry’s institute responsible for drafting policy proposals related to European policy issues. Prior to this, he was a Research Fellow at the International Center for Black Sea Studies, focusing on energy security issues.

Before launching Rollerdeck Associates, Ioannis was an independent strategy and communications consultant for several professional associations, foundations and companies.

He holds a Master of Science in Foreign Service from the Edmund A. Walsh School, Georgetown University and received his Bachelors degree from Panteion University of Social and Political Sciences in Athens.

He is passionate about strategic planning, finding win-win solutions and overcoming obstacles, skills he now shares with the Rollerdeck team. 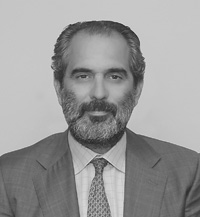 John has worked extensively in the energy sector, as the director of Public Affairs of Burson-Marsteller (Advocate/ Athens), to which he has portrayed a certain liking; he is considered an expert in other fields as well, especially in the pharmaceutical sector, where he holds a record of successful projects in public policy change, lobbying, crisis management and chess precise strategy planning.

His academic background was the basis for a multi-discipline professional engagement ranging, in the beginning, as a junior consultant (for Qualco SA.) to various manufacturing facilities around the region to management level advisory in strategy, planning, business survival and expansion mode.

He holds a Bachelor of Science in Mechanical Engineering (Tufts University), a post Graduate Diploma in Manufacturing Engineering (University of Warwick) and a Masters in Business Administration (ALBA).
He is a resourceful and results oriented consultant, with the ability to adapt, learn and operate in different environments. He is already covering a number of countries in the region. 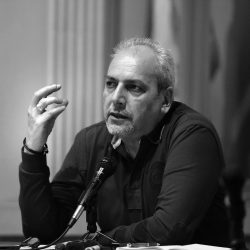 Zacharias Loudaros has over 30 years of experience in the Communications market. Starting his career as a journalist, he worked in both print and online media outlets while serving as Head of Press Office in Local Government organizations. He then worked with leading companies in the industry to provide Public Relations and Communications Services to private and public organizations. Today Zacharias specializes in providing integrated content management services, for online and offline publicity initiatives and actions. 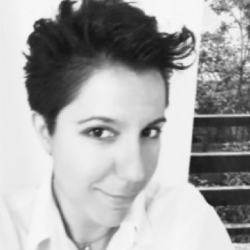 Sofia Michalaki is a wide-experienced Consultant with expertise in Pharma, Telecommunications, Finance, Energy and FMCG (GR & EU market). An in-depth understanding of the political and economic affairs and social trends (GR, EU, Mediterranean region), an integrated synthesis of solution-oriented strategic action plans and monitoring of their implementation, as well as a solid theoretical – research background, all form the key elements of her comprehensive strategic approach.

Moreover, Sofia has actively contributed to and overseen the preparation and execution of media and crisis management trainings for executives of multinational companies.

She has studied Philosophy, Pedagogy and Psychology and International & European Studies at the National & Kapodistrian University of Athens.

Dimitris has 10 years of experience in the fields of
Communications and Public Relations.

He has acquired extensive experience and has developed
solid expertise in the design and implementation of integrated
Communications Programs for a diverse portfolio of clients for
both Greek and multinational companies in the Finance,
Insurance and Real Estate sectors, among others.

Previously to joining Rollerdeck Associates, Dimitris has
worked for renowned Communications and Public Relations
agencies in Greece and has served as Communications
Manager for a leading German insurance company based in
Hamburg.

He holds a Master’s Degree in International Relations from
the University of Piraeus and a Bachelor in Communication
and Mass Media from Panteion University of Social and
Political Sciences.